I was asked to shoot seasoned boy band O-TOWN & new comer Sonny Mackenzi on Tuesday April 25th for FridaeTv. How could I say no? Who wouldn’t want to relive the days of boy bands, spiky hair, choreographed dancing and one of the most inappropriate songs of our generation?

I wanted to know what I was in for. I re-watched the video to their breakthrough hit single “Liquid Dreams” an unhealthy amount of times prior to catching their show in Toronto at The Mod Club so I would be thoroughly prepared to see them live for the first time since their debut 16 years ago.

The show began with Sonny Mackenzi, who’s latest track New Crush has been flooding the radio since last summer. Along with her background dancers, Teresa Jade & Kalyn Hardman, they put on a killer performance and had the crowd riled up for O-TOWN. 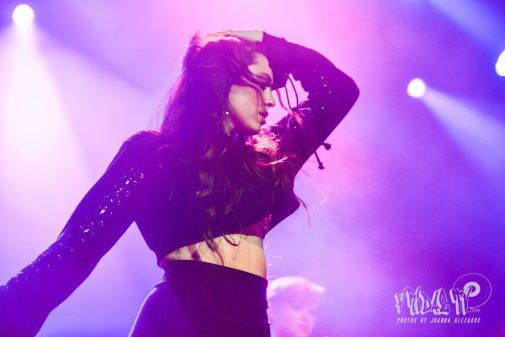 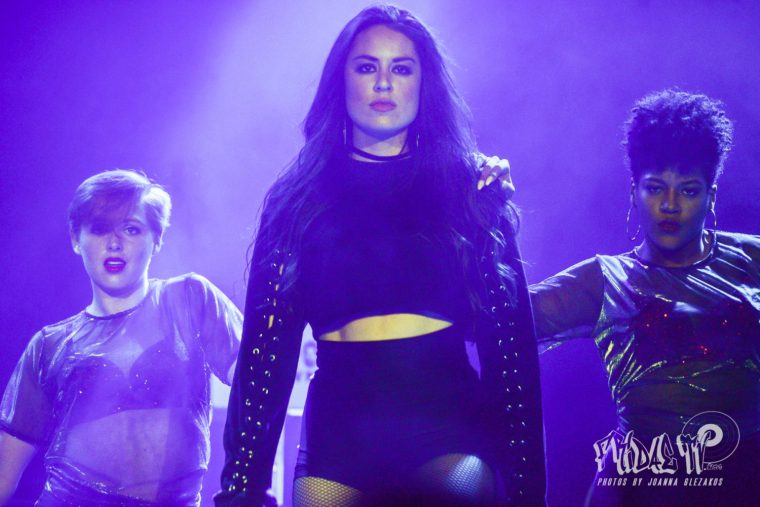 Following her performance I had the chance to interview Sonny, Teresa and Kalyn and you can check out the interview along with a few more of the photos on FridaeTv.com.

And of course, the moment we had been so eagerly anticipating, O-TOWN.

It also happened to be Jacob’s birthday and his girlfriend surprised him on stage while the crowd sang him happy birthday, it was quite sweet. The guys are still rockin, they’ve been writing a lot and have new music which they played mostly and only indulged us with a handful of their hits including “Liquid Dreams” and “All or Nothing”. Overall it was a good performance and I’m glad I got to see these guys play at least once. By the way, if you’re wondering, yes, one of the original guys is missing from these photos. Angel left the band a few years ago to pursue personal things, too bad cause he was my favourite.

Thanks for checking them out!

Quick tip: hide your light source behind your subject for that halo effect. Photo of @chastitysongs performing at Sugar Beach on Friday. Shot for @1021theedge
Sugar Beach ❄️
It’s been a bit since I’ve updated you guys about Mim. Our New Years show was freezing cold but awesome. We’re getting ready to release our first singles into the wild (Ah!) & I’ve been working on album artwork all month long and I’m excited to finally release a teaser of what’s to come! Follow @madmadamemimmusic for all the updates! 🚂
@milkychance_official sugar beach session at @1021theedge
Swipe to see the unedited image ➡️ I used my Horseshoe Tavern preset to get rid of that washed out red/magenta over everything then tweaked it for skin tones and my favourite bluuuuuue. In case you didn’t know you can buy my presets off my online shop! Photo of @satanicmills 01.10.20
Start the year with a blank slate. New headshots for the talented @itsindiebaby. Musicians if you need new promo photos, hit me up!
Catching some air with @texaskingband. My last sugar beach session of 2019 shot for @1021theedge
2020 goal spend more time with friends @iaminstagrace
Happy New Year Friends! I totally disappeared over the last month and to be honest there was just too much to do and my mental health was more important than Instagram so 🤷‍♀️. But in case you missed me here’s my 2019 recap! I photographed a ton of shows earlier in the year but after breaking my hand in August in the car accident I took a little break. Shows had to take a back seat to paid work since my concussion & broken hand slowed me down significantly but that’s ok. I know my health is most important and I couldn’t beat myself for not having the energy to shoot as much. Not to mention my memory was shot thanks to the concussion and even if I wanted to shoot I could barely remember what day it was. I’m looking forward to this year and more time spent in the photo pit! Get at me if you want live photos or band portraits! I’ve got some very exciting news coming up but y’all are just gonna have to wait a bit longer as we cross the t’s and dot the i’s! Music by @madmadamemimmusic